The invasion is already here!

Production companies are scrambling over themselves to sign deals with books that first appeared on social-publishing site Wattpad. Teenagers and young women are now scoring multi-million-pound development deals because of novels they posted online, and we’re all going to be obsessed pretty soon.

What the F is Wattpad

For those unfamiliar with the website Wattpad it describes itself as “a community for readers and writers to publish new user-generated stories in different genres.” Writers can basically publish their work and receive comments, likes and follows; it’s basically if twitter and a kindle had a baby and all the books are free.

The website is especially popular with teenage girls and is known for fan fiction with some of the most popular stories being about boybands. And because we tend to dismiss anything adolescent girls like the site and its literal millions of active readers, writers and creatives went mostly unnoticed by the general public.

The Kissing Booth was one of the first Wattpad novels to get noticed by the general public, and you’ve probably seen the movie version pop up in your Netflix trending bar. Kissing Booth first came about in 2011 and was posted on the site by Beth Reekles and by 2012 it’d won onsite awards and garnered over 19 million reads.

To give you a quick comparison, you need roughly 5,000 to be considered an Amazon bestseller. It was published as an actual novel in 2013, and the original movie came out in 2018. Despite criticisms of the original film Netflix stated it was hugely popular which made others sit up and take notice.

Kissing Booth is the story of Ellie Evans who was currently enjoying her life with her best friend, finds herself face to face with her crush at the spring carnivals kissing booth- said crush being her best friends brother who she’s not allowed to date. It’s a simple, fluffy romantic comedy, not necessarily the thing that gets made anymore but you can’t argue with 19 mil.

Despite criticisms of the original movie Netflix stated it was hugely popular which made others sit up and take notice.

The Philippines Did It First 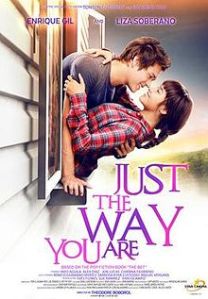 Although a lot of Wattpad stories have only recently signed deals to get Western publishing deals, there’s been a lot of adaptations of Wattpad stories in the Philliphines. The Bet, She’s Dating the Gangster, and Diary of an Ugly Person have all been adapted into respectfully successful films within the country, and the trend looks set to continue.

Watts Next To Come

Light As A Feather

A simple game of Light As A Feather Stiff As A Board goes very wrong when a group of girls start dying in the way the game predicted. This ten-part series began life as a Wattpad book which currently has over 3 million views and counting, kind of a cross-between Pretty Little Liars and American Horror Story it’s set to premiere on Hulu in a matter of weeks, check out the trailer here…

Death is my BFF

Sony Pictures recently required the rights to humour/romance/supernatural story Death is My BFF a story about a girl’s meeting with the personification of Death who happens to be a bit of a playboy. It’s a biting take on the supernatural boyfriend trope although Death is My BFF is an original story. What’s more, it currently has 92 million reads and counting.

Set under a glass-domed Mars Colony, a young girl leads a rebellion against a dictatorship. Under Glass has been optioned for film, said novel has been taken down from Wattpad but according to Deadline Stampede Ventures has acquired the rights to books, formats, graphic novels and video games to adapt for film and TV.

This is the one you might have heard of…

After was originally a fan fiction AU about Harry Styles and One Direction about Harry Styles as a college student in America and his relationship with a young freshman girl who’s super innocent and what not. I admit I haven’t read it may be the plot has more to it, but that’s what I got. It’s epic love; it’s a saga, it’s romantic, it’s two straight white people.

But After started getting attention when it reached 1.5 billion reads.

1.5 billion that’s 1/7 of the world’s population, I’m so tired. Anyway, the book was a runaway hit, it was published with Simon & Schuster, and according to wiki, there are currently 19 million copies in circulation. So there’s an audience for it which is why a film starring Hero Fiennes Tiffin as Harry (now Hardin) is currently being shot and is scheduled for release in 2019.

Wattpad does have its flaws with problematic storylines being chief among them, but it’s also Hollywood’s teenage dream. In this little corner of the internet story trends live and die so instead of having to predict teen interests, popular stories are picked democratically by your audience, and when something gets popular it’s super popular, and you pretty much have a guaranteed audience.

What’s more, the data element is amazing when it comes to adaptation, readers have already made themselves known about aspects of the story they do like and bits they don’t. As a production company, you can iron out plot details and get rid of problems with a focus-group of literally millions within your demographic.

Personally, I’m not a big fan of all the books the site produces but there are some shitty ass books out there categorises as real literature so you can’t argue. Plus it does have a few gems, and it fosters a love of reading amongst a new generation, who can hate that? You can’t help but admire it for the power of teen girls and young women who’ve found a way to get their stories heard and forced men sitting in boardrooms to sit up and listen.

Expect to see a lot more Wattpad stories produced as movies in the future.